The European database Fusarium is available online. It has been created within the framework of the FP7 European project MycoRed (Novel integrated strategies for worldwide MYCOtoxin REDuction in food and feed chains).

The European database of Fusarium Chemotypes

In this context, a study on the diversity of genetic chemotypes in Europe was carried out. The information were compiled and allowed to generate a map of their distribution in Europe. The information is available to all researchers and further data sets shall be added in order to increase the quality and the coverage of the data set. 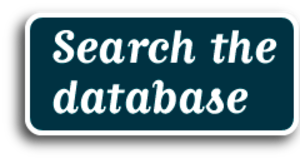 The aim of the initiative is to provide an open platform where data on chemotype diversity can be assembled allowing to investigate how the toxigenic risk is associated to the spread of fungal subpopulations in Europe.

The strength of our approach is the possibility to upload and download datasets to favour the collective effort of understanding Fusarium diversity in cereals in Europe. The information available include species, location, crop, cultivar, previous crop, DNA sequence for strain ID and many other information that can be added to increase the informativeness of the dataset.

We hope that researchers in the domain will use this tool and contribute to increase the amount and deepness of the data.

Zoom on the Scientific publication

Find all explanations on the European Fusarium > Read the full paper or the abstract below.

Fusarium species, particularly Fusarium graminearum and F. culmorum, are the main cause of trichothecene type B contamination in cereals. Data on the distribution of Fusarium trichothecene genotypes in cereals in Europe are scattered in time and space. Furthermore, a common core set of related variables (sampling method, host cultivar, previous crop, etc.) that would allow more effective analysis of factors influencing the spatial and temporal population distribution, is lacking. Consequently, based on the available data, it is difficult to identify factors influencing chemotype distribution and spread at the European level. Here we describe the results of a collaborative integrated work which aims (1) to characterize the trichothecene genotypes of strains from three Fusarium species, collected over the period 2000–2013 and (2) to enhance the standardization of epidemiological data collection. Information on host plant, country of origin, sampling location, year of sampling and previous crop of 1147 F. graminearum, 479 F. culmorum, and 3 F. cortaderiae strains obtained from 17 European countries was compiled and a map of trichothecene type B genotype distribution was plotted for each species. All information on the strains was collected in a freely accessible and updatable database (www.catalogueeu.luxmcc.lu), which will serve as a starting point for epidemiological analysis of potential spatial and temporal trichothecene genotype shifts in Europe. The analysis of the currently available European dataset showed that in F. graminearum, the predominant genotype was 15-acetyldeoxynivalenol (15-ADON) (82.9%), followed by 3-acetyldeoxynivalenol (3-ADON) (13.6%), and nivalenol (NIV) (3.5%). In F. culmorum, the prevalent genotype was 3-ADON (59.9%), while the NIV genotype accounted for the remaining 40.1%. Both, geographical and temporal patterns of trichothecene genotypes distribution were identified.